IEEE Global Communications Conference (GLOBECOM) was held in Waikoloa on Hawaii, USA, on December 9-13, 2019. GLOBECOM is one of the IEEE Communications Society’s two flagship conferences dedicated to driving innovation in nearly every aspect of communications. The conference program included 13 symposia, a variety of tutorials and workshops aimed at scientists and practitioners, with keynotes and panels from prominent research, industry and government leaders. 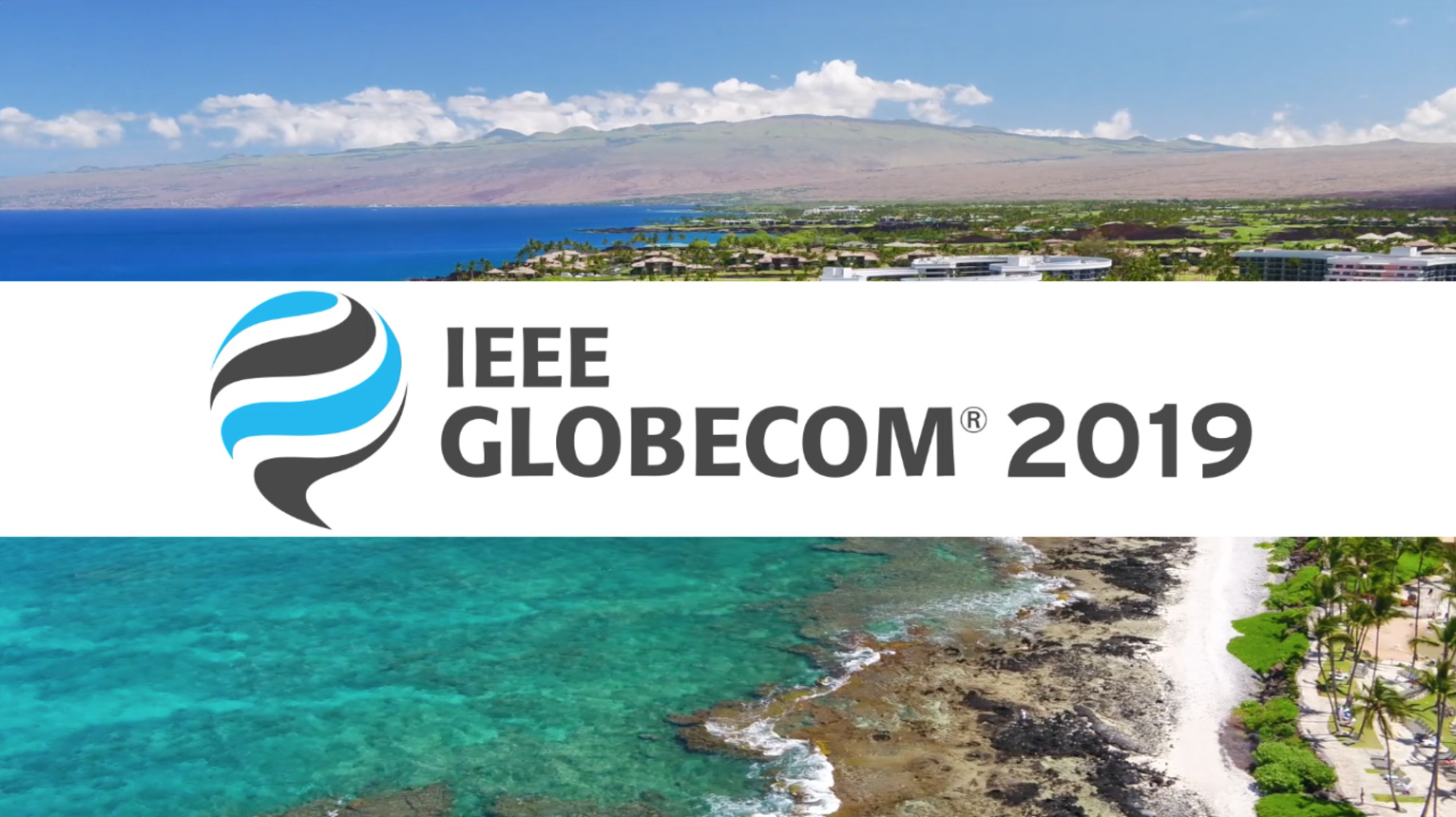 On GLOBECOM 2019, WNL members Evgeny Khorov and Ilya Levitsky presented a Video Streaming with the NOMA over Wi-Fi prototype. The presentation was demonstrated on the Industry Demo “Video Streaming with the First-ever NOMA over Wi-Fi Prototype” and included prototypes for NOMA Access Point (AP) and NOMA station (STA) based on software-defined radio (SDR).

During the presentation, a NOMA Access Point (AP) was delivering two video streams to two different STAs at once in the same baseband: one for each STA. The real-time reception of the streams was visible on the screens of devices. Basically, AP transmitted two superposed signals of different powers: a stronger signal for a further STA, and a weaker signal for near STA. The near STA is specially designed to extract a weaker signal from the superposition. The further STA, however, was a legacy Wi-Fi device. Even an off-the-shelf laptop could participate because the prototype used a carefully designed fully backward-compatible protocol for NOMA support.

During the demo session, GLOBECOM participants could face a real NOMA over Wi-Fi transmission. Two different videos were running on two receiving devices. The SDR-based NOMA STA received a weaker signal – a video about nature. The legacy device received a movie, filmed by WNL members, explaining the testbed of the demo. Participants had an opportunity to receive one of the video streams as well with their mobile Wi-Fi device, smartphone or laptop. Evgeny Khorov and Ilya Levitsky were asked the fruitful questions by conference participants about the NOMA concept, features of the proposed design work, the key insights, the benefit of NOMA use in Wi-Fi, etc. The poster by the testbed contained clear and simple explanations for all attendees.

Wireless Networks Lab is a ‘Megagrant’ lab established in 2017 around the project on Cloudified Wireless Networks for 5G and beyond, led by Prof. Ian F. Akyildiz. The team regularly reports at leading IEEE conferences, runs industrial projects and contributes to the standardization of wireless networks.