The concept of the Internet of Things (IoT) is becoming more and more popular. Its evolution has given rise to numerous wireless technologies that can provide connectivity to typical IoT devices, like sensors, meters, and actuators. One of such technologies is LoRaWAN. It is a Low Power Wide Area Network (LPWAN) technology, which means that it allows wireless data transmission at long distances (several kilometers) while consuming low power (14 dBm).

LoRaWAN is very popular nowadays. It has an open standard developed by the LoRa Alliance, which consists of over 500 members, including such organizations, as Alibaba Group, Amazon, Cisco, Orange, and ARM. It is extensively studied by many scientists all over the world in order to determine the possibilities and limits of LoRaWAN, as well as different approaches to increase the efficiency of this technology and to discover new scenarios of its application.

LoRaWAN is also studied in Wireless Networks Lab. In the first place, the WNL team develops approaches for LoRaWAN modeling that can be used to accurately describe the behavior of big LoRaWAN networks, taking into account all the important peculiarities of LoRaWAN, especially those that are related with the channel access. WNL members have been the first to develop a mathematical model of LoRaWAN that takes into account the standard LoRaWAN channel access scheme, including the capture effect, acknowledgment and retransmission policy. With this model, WNL can find such performance indicators of a LoRaWAN network, as the packet loss rate, packet error rate, and delay, and express them as a function of the network load and the number of devices in the network. 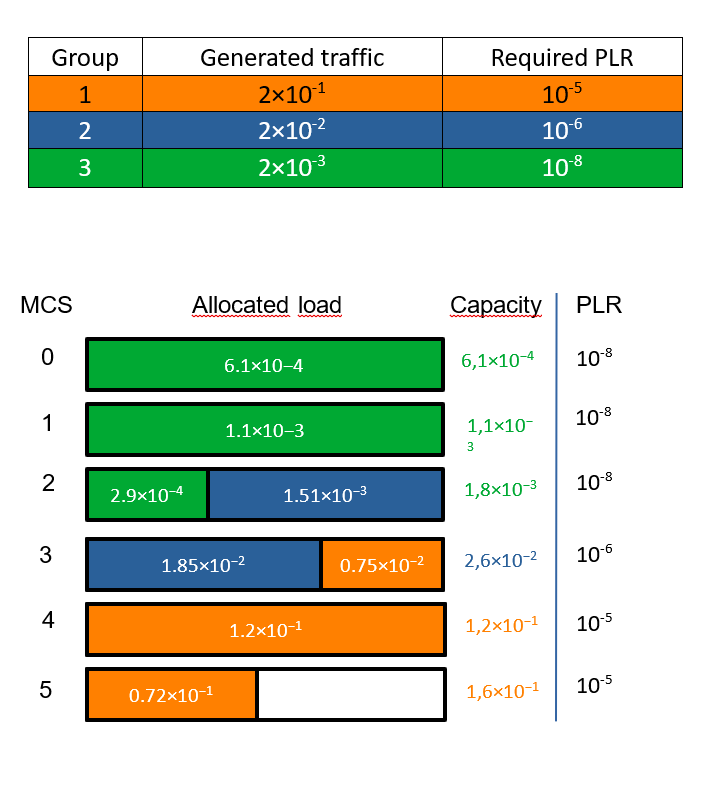 In LoRaWAN, devices can use different Modulation and Coding Schemes (MCSs), as assigned by the network server. MCSs are almost orthogonal to each other, so if devices use different MCSs, the impact of their mutual interference becomes negligible and they can transmit or receive data simultaneously. However, MCSs have different transmission rates, frame duration, and reliability, so it is important to assign MCSs to end-devices properly, balancing the load between them. WNL has applied the developed models to design an MCS selection algorithm for heterogeneous LoRaWAN networks. Such networks consist of several groups of devices that generate different traffic loads and require different quality of service (QoS), e.g., maximal packet loss rate. The new algorithm uses a mathematical model to find the network capacity for each MCS and QoS group, i.e., the maximal load that can be generated by such a group while its QoS requirements are not violated. Given the capacity values, the algorithm assigns the MCSs to end-devices in a way to keep the traffic load within the capacity bound for each group and ensures that the QoS requirements of all groups are satisfied.