Non-orthogonal multiple access (NOMA) is a technique that allows a transmitter to service numerous receivers using the same time-frequency resources. The transmitter can use superposition coding (SC) to broadcast multiple signals at a time. Receivers use successive interference cancellation (SIC) – a mechanism to isolate its one signal from the superposed one. This concept applies to Wi-Fi as well. Notably, a NOMA Wi-Fi transmitter does not require multiple antennas, unlike other time-frequency reusing techniques.

The NOMA idea is not new: there are many theoretical works dedicated to this topic, especially for 5G cellular networks. However, there is a lack of research of NOMA in Wi-Fi, and particularly the experimental studies. WNL members have made a significant contribution to this area. They have designed and implemented the first-ever NOMA Wi-Fi prototype using software-defined radio USRP 2944R.

The prototype implementation involves both physical layer and medium access control modifications to legacy Wi-Fi. These changes are designed in a way that does not disturb the established work of legacy devices. Moreover, one component of NOMA transmission can be addressed to a legacy Wi-Fi device, like a modern off-the-shelf laptop or smartphone. This backward compatibility of the prototype is a valuable feature for networks, where devices of various generations exist. 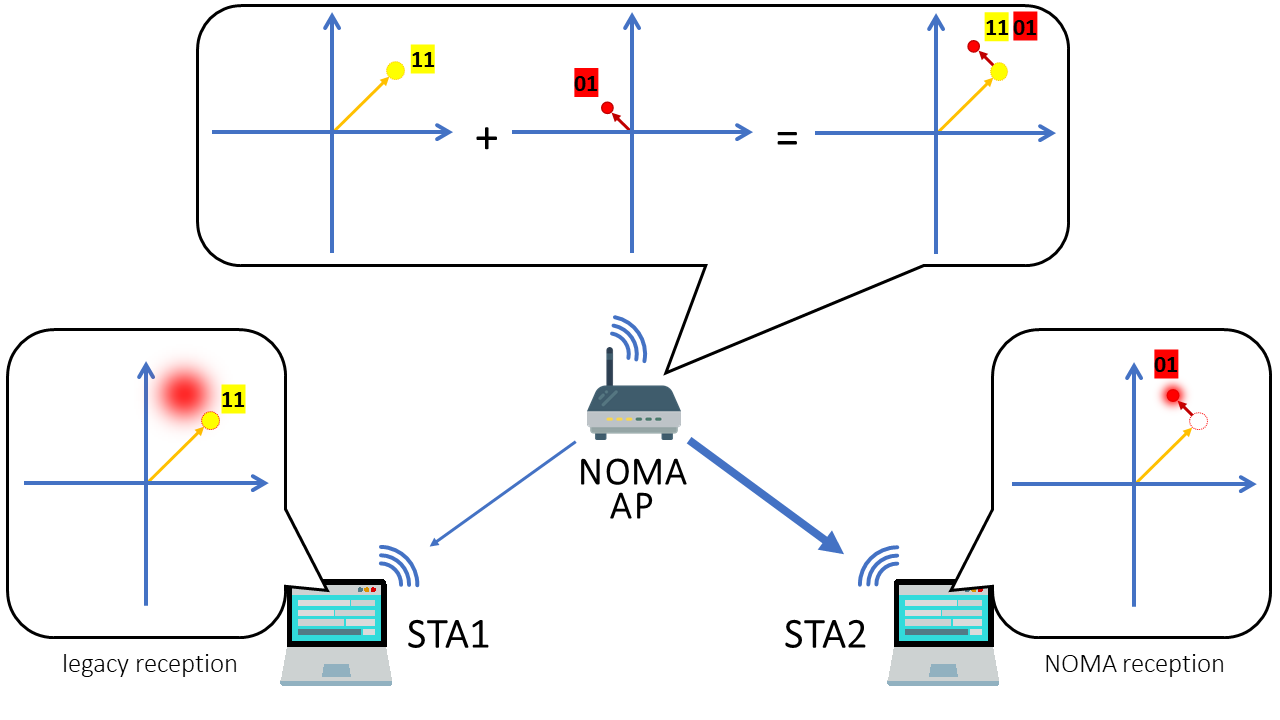 WNL has not only implemented NOMA but also improved it with an enhanced superposition mechanism. Symmetrical signal superposition provides a better noise resistance, and it enables using a new proposed signal isolation algorithm – parallel cancellation demapping (PCD). PCD is much quicker than SIC, and it also is easier-to-implement and lacks the main SIC disadvantage – error propagation.

The first version of the prototype was presented at IEEE PIMRC 2018 (the 29th International Symposium on Personal, Indoor, and Mobile Radio Communications).