Wireless networking protocol IEEE 802.11ah – or Wi-Fi HaLow – is an amendment to the IEEE 802.11 Wi-Fi standard, published in 2017. Wi-Fi HaLow networks use the Sub-GHz frequency band that allows them to increase the coverage range up to 1 km. IEEE 802.11ah networks support up to 8191 simultaneously connected devices.

The Wi-Fi HaLow standard is meant to satisfy the requirements of the Internet of Things(IoT). One of the typical scenarios for IEEE 802.11ah networks is providing access for a large number of IoT devices which are battery-limited. To provide reliable Internet access and maintain low energy consumption the Wi-Fi HaLow standard has such mechanisms as Restricted Access Window, fast access point association, etc.

WNL researchers developed an efficient and robust algorithm to adaptively control CAC parameters. An algorithm is an efficient event in the case when besides associating stations the network consists of the stations which transmit saturated data flows.

WNL team also investigated how DAC performance depends on protocol parameters via excessive simulation. The results show that there is no set of parameters that can minimize the association time for all possible numbers of associating stations and in some cases, DAC is insensitive to some of parameters.

WNL researchers also compared CAC and DAC performance in different scenarios. The results of this comparison are presented in the following figure below. It shows the dependency of association time versus the number of associating stations. CAC outperforms DAC, but this advantage comes at the cost of the CAC complexity. 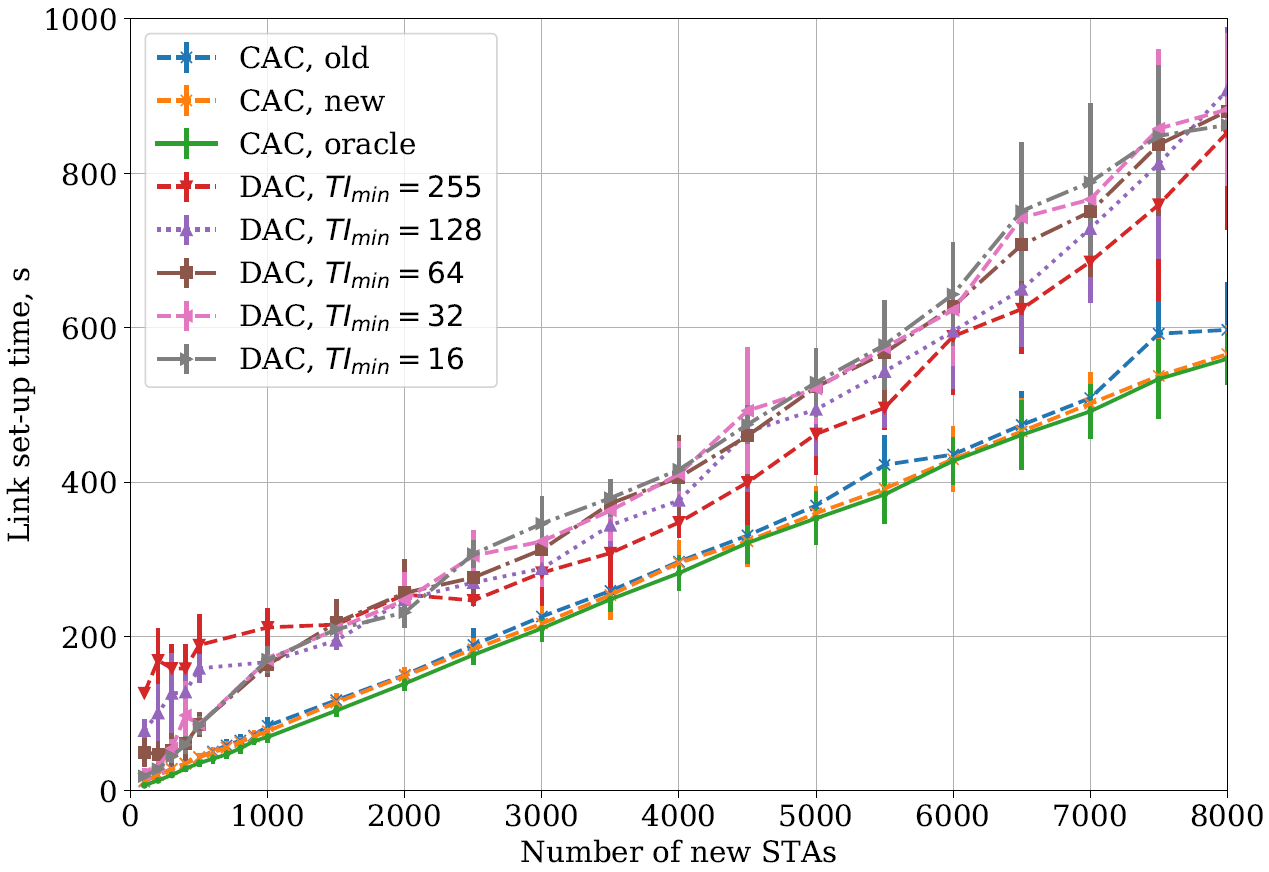 The second point to consider is the Restricted Access Window mechanism (RAW). The mechanism allows reducing the contention between stations when a random channel access mechanism is used by limiting the number of stations that simultaneously contend for the channel and spreading their transmission attempts over time.

The laboratory researchers designed the model that allows analyzing the performance of the RAW mechanism in a scenario of the machine-to-machine traffic transmission. The model allows optimizing the parameters of the RAW mechanism to satisfy different requirements, such as high throughput, low energy consumption or restrictions on the packet loss ratio. As an example of the algorithm application results, the figure below shows the dependency of the maximal throughput versus the number of stations in the network. 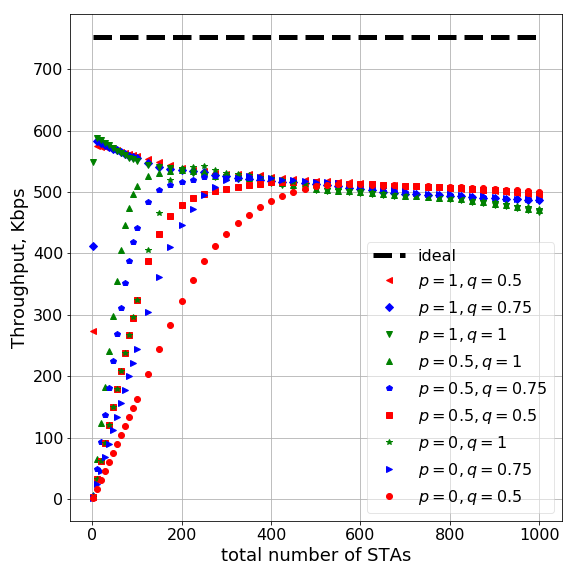